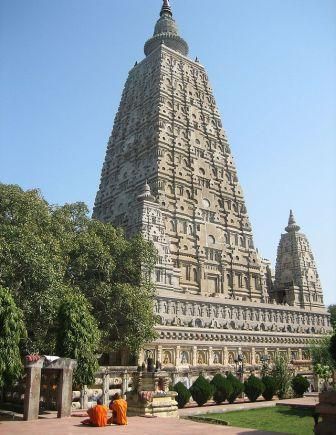 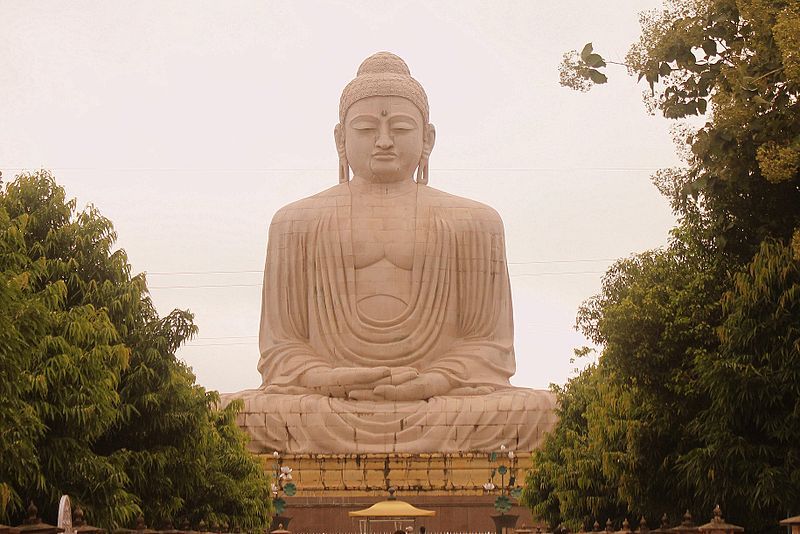 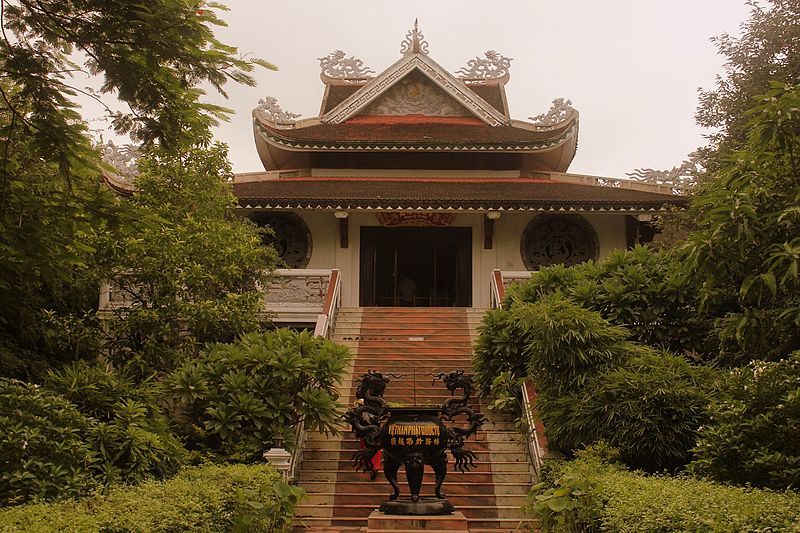 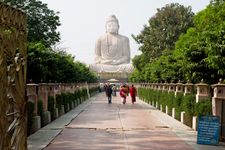 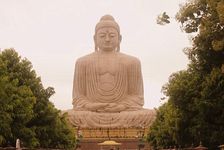 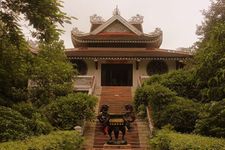 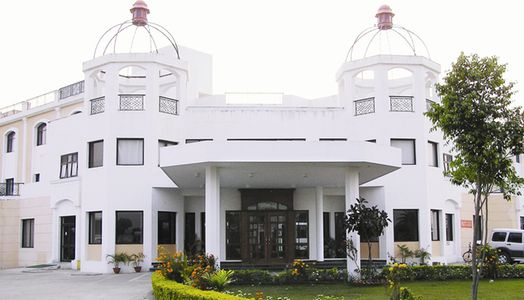 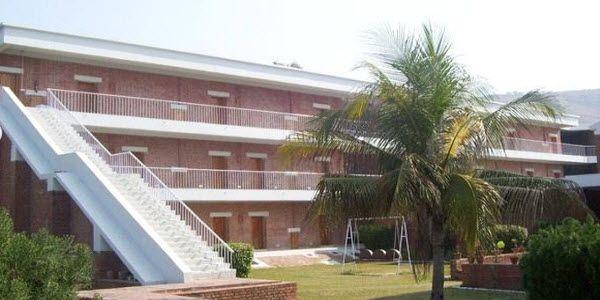 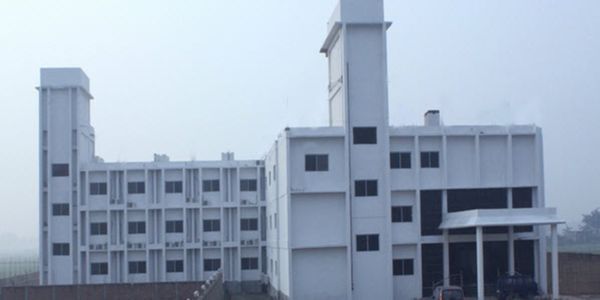 Bodh Gaya is a religious site and place of pilgrimage associated with the Mahabodhi Temple Complex in Gaya district in the Indian state of Bihar. It is famous as it is the place where Gautama Buddha is said to have obtained Enlightenment. 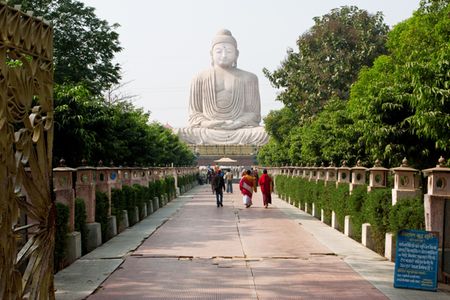 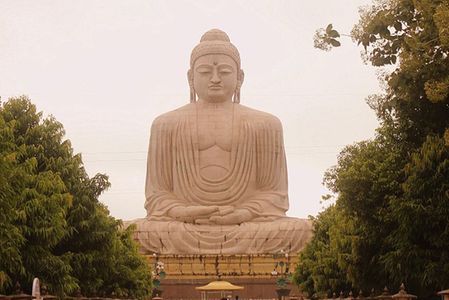 According to Buddhist traditions, circa 500 BC Prince Gautama Siddhartha, wandering as an ascetic, reached the banks of the river Phalgu, near the city of Gaya. There he sat in meditation under a bodhi tree (Ficus religiosa). After three days and three nights of meditation, Siddhartha attained enlightenment and thus became Lord Buddha. He then spent seven weeks at seven different spots in the vicinity meditating and considering his experience. The Mahabodhi temple is located in the east adjacent to the original Bodhi tree. It actually stands on the temple erected by Emperor Ashoka and rises in the form of pyramidal spire till it reaches its neck, which is cylindrical in shape. Several Buddhist temples and monasteries have been built by the people of Bhutan, China, Japan, Myanmar, Nepal, Sikkim, Sri Lanka, Taiwan, Thailand, Tibet and Vietnam in a wide area around the Mahabodhi temple. Have dinner and night stay in hotel.

After breakfast, leave for Nalanda by AC taxi. This place has the ruins of world famous Nalanda University which thrived between 5th and 12th century. At its peak, the university attracted scholars and students from as far away as Tibet, China, Greece, and Persia. Nalanda was ransacked and destroyed by an army under Bakhtiyar Khilji in 1193. Nalanda was one of the world's first residential universities. In its heyday, it accommodated over 10,000 students and 2,000 teachers. A vast amount of what came to comprise Tibetan Buddhism, both its Mahayanaand Vajrayana traditions, stems from the late (9th–12th century) Nalanda teachers and traditions. Other forms of Buddhism, such as the Mahāyāna Buddhism followed in Vietnam,China, Korea and Japan, flourished within the walls of the ancient university. From Nalanda, travel to Rajgir for overnight stay in the hotel.

Travel from Bodhgaya to Rajgir

After breakfast, take a trip of the holy city of Rajgir (Rajgrahi) which is a famous pilgrimage center for Buddhists and Jains. Gautam Buddha, the founder of Buddhism came here numerous times with his Sangha. Ceramics dating to about 1000 BC have been found in the city. There are several archaeological sites related to Lord Buddha and Lord Mahavira in this place. The various hot water springs, which are believed to have curative properties, are sacred to the Buddhists, Hindus and Jains. Separate bathing places have been set up for men and women at Saptdharna; the seven streams behind the Saptarni Caves. Brahmaputra is the hottest spring with water temperature being 45 degree C. In the evening, leave for Vaishali in AC taxi. Have dinner and night stay in hotel.

Travel from Rajgir to Vaishali Vaishali was a democratic republic in ancient times. It is considered as the first known republic in the world. There is an ancient pond, where the newly elected ruler would take a ritual bath. The water of this pond was believed to be sacred and full of divinity. There are two stupas in Vaishali. These stupas contain one eighth of the sacred ashes of Lord Buddha in a stone casket. Ashoka the Great, one of the strongest kings in ancient India was a staunch follower of Lord Buddha. To show his gratitude to Lord Buddha he built a Lion Pillar at Vaishali. This 18.3 m high pillar is constructed at the place where Lord Buddha gave sermon for the last time. The pillar is made from well polished single piece red sandstone. On the top is capital in a bell shape accompanied by a life-size figure of a lion. In the evening, leave for Patna airport / Railway station.
Customize Itinerary