See all shopping in Brisbane

Albert Street is a road in Brisbane, Australia. It was named after Prince Albert, the Prince Consort of Queen Victoria of the United Kingdom, and it originally ran from Alice Street to Wickham Terrace. The section between Adelaide Street and Ann Street has now been included in King George Square.
The section of Albert Street between Queen Street Mall and Adelaide Street has now been converted into part of the Mall, in connection with the busway tunnel from the Queen Street bus station to the King George Square busway station. 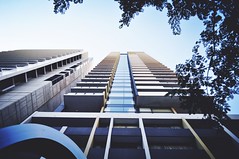 If you have been to Albert Street, share your experience

Top things to do in Brisbane

Best places to eat in Brisbane

Must see in Brisbane