Chandigarh Amb Sahib Gurdwara is a prominent pilgrimage spot. It is located in Phase 7 in the Mohali district. It is said that in 1659, Guru Har Rai, the seventh Guru of Sikhs visited this place to meet his disciple, Bhai Kooram. The unique thing about Gurudwara Amb Sahib near Chandigarh, India is that it has a mango tree, which bears the fruit even during winters, as commanded by the Guru. These mangoes are distributed as Prasad to the Sangat. On the occasion of Sakrant that falls in the month of January, a fair is held in the Amb Sahib Gurdwara in the memory of the Guru and thousands of devotees flock here. 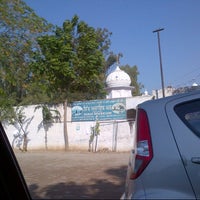 If you have been to Amb Sahib Gurudwara, share your experience

Top things to do in Chandigarh

Best places to eat in Chandigarh

Must see in Chandigarh