Cape Byron is the easternmost point of the mainland of Australia. The area is also noted for its wildlife, with the whale watching industry a significant contributor to the local economy. There are a number of walking trails which traverse the park. Most of it is wheelchair accessible, and bicycles can also use the path. Cape Byron Marine Park is a multiple-use marine park which includes protected areas where fishing and collecting are prohibited, and general-use areas which support both commercial and recreational fishing.The Cape Byron Lighthouse is the last of the great 19th-century Victorian era lighthouses managed by the National Parks and Wildlife Service. 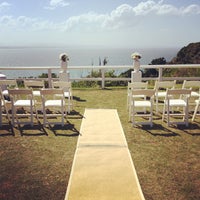 If you have been to Cape Byron, share your experience

Top things to do in Byron Bay

Must see in Byron Bay