Catholic Rosary Church, close to the popular Thalassery Fort, was established in the early 16th century. It is amongst the oldest churches in Kerala. The church is adorned with distinct stained glass works that were brought from London.

The church was under the guidance of the Archbishop of Goa until 1609 and subsequently, became a part of the Kodungalloor Archdiocese. It is, at present, a part of the Kannur Archdiocese. The Brennen Cemetery and the Thalassery Fort can also be visited by tourists on the way to the church. 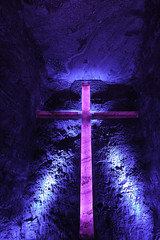 If you have been to Catholic Rosary Church, share your experience

Top things to do in Kannur

Best places to eat in Kannur

Must see in Kannur