See all Churches in Munnar

The history of Munnar CSI Christ Church is unique. Its real history begins with a cemetery which is attached to it. Mrs. Eleanor Knight, the wife of H.M Knight, the General Manager of the plantation was buried there in 1894. After the buriel of Mrs. Knight, some other British were also buried there. Later on Knight presented that area as a place of burial. It was formally consecrated on April 15th 1900 on Easter Day by Rt. Rev. Noel Hodges. The foundation stone of the church was laid on March 1910 by Sir. A. K. Muir. It was dedicated on Easter day April 16th in the year 1911 by Rev. W.F.B Hoysted who was the chaplain at that time. The British handed over the church to CSI North Kerala Diocese when they left the High Range in the year 1981. Till then both the Indians and British worshipped in the same 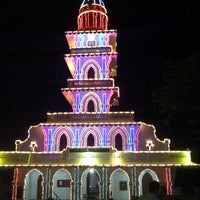 If you have been to CSI Christ Church, share your experience

Top things to do in Munnar

Best places to eat in Munnar

Must see in Munnar