Here is a  nightclub (also known as a discothèque, or simply a club or disco) is an entertainment venue which usually operates late into the night. A nightclub is generally distinguished from bars, pubs or taverns by the inclusion of a dance floor and a DJ booth, where a DJ plays recorded electronic dance music, disco, house, hip hop, R&B, rock, reggae, pop, and other forms of dance music. 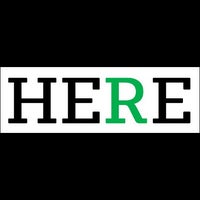 If you have been to 《HERE》 Cafe★Bar★Club★Karaoke, share your experience