See all Things to do in Amritsar

Golden Temple-the most important sikh shrine which is also called Mecca for the Sikhs is a living symbol of the spiritual and historical traditions of the Sikhs. Later visit Jallianwala Bagh- where, on April 13, 1919, British and Gurkha soldiers opened fire on an unarmed forbidden gathering, killing hundreds of civilians. Also, visit the Maharaja Ranjit Singh Summer Palace Museum - The summer place of Maharaja Ranjit Singh which is situated in the heart of Ram Bagh. 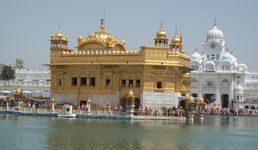 If you have been to Full Day Sightseeing Tour, share your experience

Top things to do in Amritsar

Best places to eat in Amritsar

Must see in Amritsar