See all Museums in Venice

The Gallerie dell'Accademia is a museum gallery of pre-19th-century art in Venice, northern Italy. It is housed in the Scuola della Carità on the south bank of the Grand Canal, within the sestiere of Dorsoduro. It was originally the gallery of the Accademia di Belle Arti di Venezia, the art academy of Venice, from which it became independent in 1879, and for which the Ponte dell'Accademia and the Accademia boat landing station for the vaporetto water bus are named. The two institutions remained in the same building until 2004, when the art school moved to the Ospedale degli Incurabili. 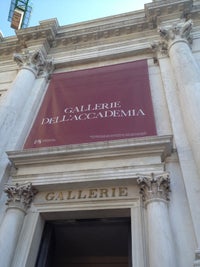 Do you know the legend behind ,the delivery of the ring to the doge here it is, on our blog: locandaalpiave

We couldn't see legend which was  slightly disappointing, expected more.

If you have been to Gallerie dell'Accademia, share your experience

Top things to do in Venice

Best places to eat in Venice

Must see in Venice