See all shopping in Los Angeles

According to the Los Angeles Convention Center and Visitor's Bureau, it is the largest jewelry district in the United States. The annual reported sales from the Jewelry District is just under $3 billion. It comprises close to 5,000 businesses, with vendors on Hill Street, Olive Street, and Broadway between 5th and 8th Streets. Shoppers can find designer jewelry, precious stones, and gold and silver items at street level as well as in some of the jewelers found in the Los Angeles Jewelry Mart, Pacific Center, the California Jewelry Mart, and the International Jewelry Center also known as the "550" building. 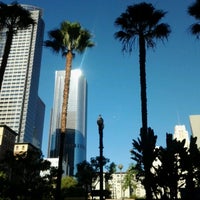 If you have been to International Jewelry Center, share your experience