The history of Sancho is the story of one family's love of good food and passionate commitment to the best traditional baking methods over more than 100 years. In 1904, Albin Sancho opened the first Sancho bakery in the medieval town of Lodeve, in the south of France. When Albin died in 1936, his son Albert took over the bakery. He later purchased the shop next door as the business grew, and then another. In 1967, when Albery died, his son son Jean-Pierre took over. He maintained the traditional, labour-intensive methods of bread-making that had been handed down through the family since the 19th Century, deliberately bucking the trend of factory mass-production, and ALWAYS insisting on the best quality ingredients. Jean-Pierre Sancho still operates today from the Bakery his grandfather Albin started in 1904, he has opened several other bakeries that bear his name. In 2009, Jean-Pierre Sancho passed his knowledge to three young French men, who now call Australia home and have opened the first Jean-Pierre Sancho bakery in Australia, it is the first French Boulangerie Patisserie in Perth. 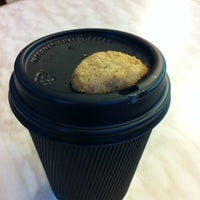 If you have been to Jean Pierre Sancho, share your experience