Housed in an impressive Sino-Portuguese mansion the Kathu Mining Museum celebrates the history of tin mining on Phuket. Tin mining was the main industry on the island for at least half a century beginning around the turn of the 20th century and the mines attracted thousands of Chinese labourers who eventually settled on the island, creating the current cultural and ethnic mix that is so prevalent around the island, especially in Phuket Town.
The museum features many fascinating old photographs of Phuket, as well as displays of everything from models and recreated scenes from old Phuket. 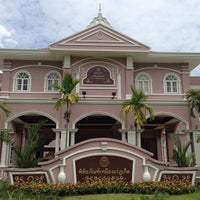 If you have been to Kathu Tin Mining Museum, share your experience