See all golfing in Kota Kinabalu

The Kinabalu Golf Club or KGC is regarded as one of the oldest Clubs in Sabah. It was established several years before the 2nd World War by European employees of the British Chartered Company and the European business establishments in the then British North Borneo. Ordinary members are referred to as subscribing members who are entitled to the use of all the Club's facilities and have the right to participate in the Management of the Club's affairs, to attend and to vote at General Meetings and to hold office in the Club. An Ordinary member pays a monthly subscription of RM50.00. 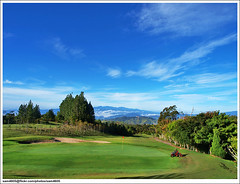 If you have been to Kinabalu Golf Club, share your experience