If you watched the Grammys last year you probably already know about the new L.A. LIVE "entertainment campus" that is the keystone of L.A.'s Downtown gentrification project. This being Los Angeles, the envy-me capital of the world, L.A. LIVE will eventually become one of the largest and flashiest mixed-used entertainment complexes in the world, costing $2.5 billion to build and covering more than 6 city blocks (hence its nickname -- Times Square West). It's anchored by the NOKIA Theatre, the STAPLES Center (where the Lakers and Clippers play their home games), and the Los Angeles Convention Center, and is crammed with a dozen trendy restaurants and cafes, two huge nightclubs, the GRAMMY Museum, a bowling center, and ESPN's West Coast broadcast headquarters. Future plans include JW Marriott and Ritz-Carlton hotels (both within a 54-story tower), luxury condominiums, a 40,000-square-foot outdoor plaza, and a 14-screen movie complex. Whether it's worth the trip from Hollywood or the beaches depends on your interest in mega-size sports and entertainment complexes, but I do recommend logging on to the L.A. LIVE website to see who's playing or performing while you're in town. 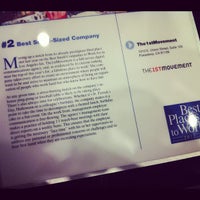 If you have been to L.A. LIVE, share your experience