This Temple is situated on the eastern bank of Irikkur River. This part of the country was formerly occupied by Namboodiri Bramhins. They were living there as a 'gramam' exclusively. The surrounding land was all dense forest. During tippu's invasion the entire 'gramam' was destroyed by the invading army. Most of the Nambooiris were slaughtered and the remaining fled abandoning all their belongings and their temples. There were two temples: one Vishnu temple at Kannamgode and another Devi temple at Mamanikkunnu. Both the temples were destroyed by the invading army. Many years later after the English established themselves as the ruling power Kalliat Thazhathveettil family acquired vast areas of land in Irikkur and neigbouring places. Their acquisitions included the sites and ruins of the old Mahadevi Temple. They were themselves devotees of the Devi already. They had a shrine in their Tarwad house for Devi worship. In Devaprashnam it was revealed that Devi wanted her to be worshipped in Saktheya from. The Brahmins were doing Sathwick Aradhana before. The Aradhnas were changed to Saktheya type in accordance with Devi's wishes. Special priests from Pidarar (Moosad) community were bought and settled in the immediate vicinity of the temple. When the original Pidarar family became extinct for want of progeny, another was brought from Badagara 75 years ago. The present priests are their descendents. 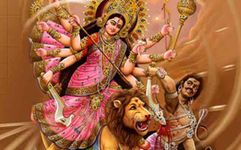 If you have been to Mamanam Shri MahaDevi temple, share your experience

Top things to do in Kannur

Best places to eat in Kannur

Must see in Kannur