Manu Temple is believed to be the only temple of Manu in India, who is considered as the creator of the human race on earth. Located at a distance of 3 km from the main bazaar in Old Manali, the temple is believed to be the abode of Manu, the ancient law-giver of India.  Its close connection with the seventh incarnation of the sage is due to mythology that states his saving the Vedas and the seven sages from inundation during the great flood. Folklore points to the fact that subsequent to the great flood, Manu landed at Manali and made the place his abode. Greasy pebbled sandstone trails mark the path that needs to be covered on foot to reach the temple. 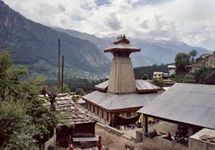 If you have been to Manu Temple, share your experience