See all Churches in Alice Springs

The Catholic order of Marist Brothers kept a Brother — John Desmond Dyson — as a member after he was convicted of indecently assaulting boys in a Catholic school. The Marist Brothers continued to list BrotherJohn Dyson as being involved in "the education and welfare of school-aged children"."Several parishioners, all of whom asked the Alice News to refrain from publishing their names, and some of whom say the church had lied to them by withholding available facts for several months, were outraged that the present principal of the school, and its campus head, travelled interstate last week to support Br Dyson. 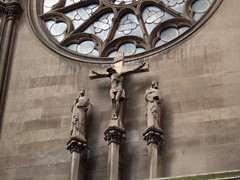 If you have been to Marist Brothers, share your experience

Top things to do in Alice Springs

Must see in Alice Springs