Nazarbaug (Nazar Baug) Palace is located near Mandvi Gate, Vadodara (Baroda). It was a Royal Palace of Gaekwad which was built in Year 1721. The Palace was constructed by Malharrao Gaekwad in late 19th Century, which is considered as Oldest Palace in Baroda and had three storeys. The Palace was used on several occasions by the Gaekwads. Earlier it housed Royal Family heirlooms. The Palace Ground also had Shish Mahal, a Palace of Glass. The Palace had Solid Gold and Silver Guns, each weighing over 100kgs. 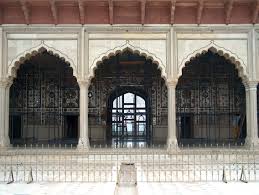 If you have been to Nazarbaug Palace, share your experience

Top things to do in Vadodara

Best places to eat in Vadodara

Must see in Vadodara