See all Attractions in Phuket

Prom Thep Cape, Tambon Rawai. 24 hours. Literally translated as "God's Cape", the Prom Thep Cape is one of the islands most notable natural landmarks and lies to the far south, around 2 km/1.5 mi from Rawai Beach. With high cliffs and uninterrupted views, Prom Thep is most famous for its dramatic sunsets, which regularly attract crowds. Close to the cape's peak you will find a small and interesting shrine, which features a number of wooden elephants. There is a fine Thai restaurant not far away from this. 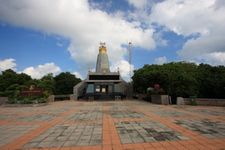 If you have been to Prom Thep Cape, share your experience