The Qatar National Museum opened in 1975 in a restored palace originally built in the early 20th century by Sheikh Abdullah bin Jassim Al-Thani. It served as his family residence and the seat of government for approximately 25 years. In addition to the original Amiri Palace, the former Qatar National Museum included a Museum of the State, a lagoon and a very popular marine aquarium. In 1980 the building won the Agha Khan award for restoration and rehabilitation of Islamic architecture. This monument to Qatar's past is now preserved as the heart of the new National Museum of Doha, Qatar. This 21st century institution will celebrate the culture, heritage and future of Qatar and its people. It reflects and belongs to a new era in Qatari prosperity, the country's prominent role in the Persian Gulf area and its world standing. The National Museum of Qatar is currently closed and the new museum is scheduled to open in December 2014. 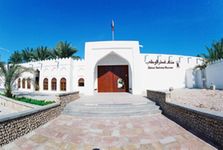 If you have been to Qatar National Museum and Aquarium, share your experience

Top things to do in Doha

Best places to eat in Doha

Must see in Doha