See all Area in Goa

Salcette is a taluka of South Goa District in the Indian state of Goa. Its administrative and economic headquarters is Margao. It is largely coterminous with a region called Sashti, which comprised, by local tradition, sixty-six villages, hence the name. However, Sashti also included the now separate taluka of Mormugao. There are six comunidades in Salcete namely—Raia, Margao, Loutolim, Curtorim, Verna and Benaulim. Salcete is bounded by Mormugao taluk to the northwest, Ponda taluk to the northeast and east, Quepem taluk to the east and south, and the Arabian Sea to the west. 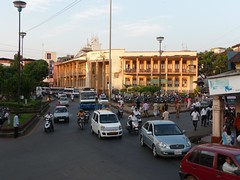 If you have been to Salcette, share your experience