Altona is a large suburb consisting of low density residential in the south-eastern half, with mixed industry in the north-western half. A key feature is Altona Beach on Port Phillip, which is one of only two swimming beaches in the western suburbs. Altona Beach Festival was previously known as the Bayside Festival and also Operation Recreation and some residents may still refer to it by these names 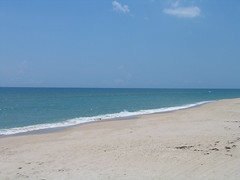 If you have been to Swimming at Altona Beach, share your experience

Top things to do in Melbourne

Best places to eat in Melbourne

Must see in Melbourne