The Laguna nightclub and Laguna Plaza are situated at the south of Phuket island in just 800 metres from the sea at Rawai beach.Rawai is a relatively tight-knit community where a lot of people frequent their 'local' rather than go bar hopping. This doesn't mean there isn't much choice of nightlife however, and the logistics of getting around in Rawai are much easier than most places. 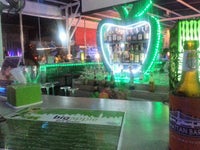 Travelers also viewed these places similar to The Laguna Nightclub

If you have been to The Laguna Nightclub, share your experience