See all Museums in Kolkata

The majestic Town Hall is an important heritage building of Kolkata. This majestic and historic structure stands witness to some historical gatherings that took place within its walls. The construction of this building was completed in 1814. It is a fine structure built in the Doric style of architecture with steps leading to a grand portico in front. The carriage entrance is at the back under a lofty covered portico. The building is two storied and was originally used for public meetings, receptions, balls, and concerts that generally took place on the upper floor, which is boarded with teak with a thirty feet high ceiling. 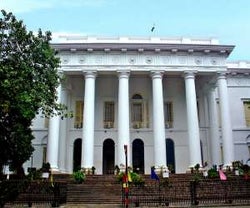 If you have been to Town Hall, share your experience