Drummin’ With a Starr: Ringo at the Grammy Museum

Nearly fifty years after a little band called The Beatles first sauntered onstage at The Ed Sullivan Show, The Grammy Museum offers fans young and old a rare opportunity to take a trip back in Beatle time.  On exhibit now through March 2014 is Ringo: Peace & Love, where visitors can get to know the beloved Beatles drummer and all his creative genius.  What's that you say You're worried the kids will whine their way all the way through this nostalgic blast to the past, hustle you forward towards the exit to the iconic beat of I'm-bored  We've got you covered. 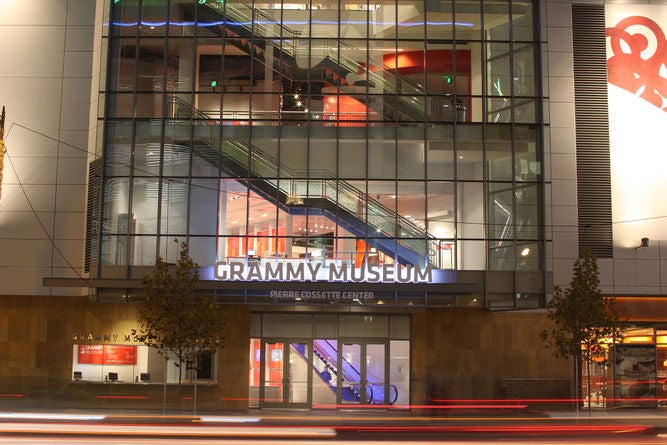 Travelers also viewed these places similar to Drummin’ With a Starr: Ringo at the Grammy Museum

If you have been to Drummin’ With a Starr: Ringo at the Grammy Museum, share your experience