A brainchild of Malaysia's Prime Minister and his wife, this gallery displays various awards and gifts received from world leaders during his tenure. Officially opened on 3 December 1995, the gallery is in a two-storey 5,333 square metre building in the tranquil village of Kilim, 15 kilometres from Kuah. The exhibits range from crystals to musical instruments, Islamic arts, honorary awards/decorations and even automobiles. Each display comes with an explanation. Another striking feature is the ceiling, which is hand painted with intricate designs. Bring a jacket or sweater, as the rooms are quite cold. 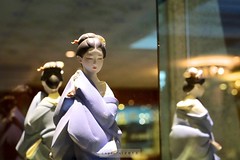 If you have been to Galeria Perdana, share your experience