The ancient Jamula temple in the village of Malana is considered sacred by the Gaddi tribes. The Jamula Temple is dedicated to the Jamula Rishi Devta, a sage who inhabited this place. The main attraction of Malana, the temple is revered by the people of Gaddi tribe. One of the most important sightseeing spots in Malana, the temple is now the court for resolving disputes. 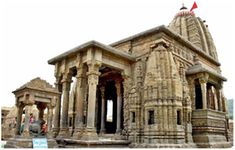 If you have been to Jamula Temple, share your experience