Towns all over the world are called Lidice, after this tiny village just outside Prague because of its tragic history. On May 27 1942, Czech partisans assassinated Reinhard Heydrich, a top Nazi who ruled the Protectorate. He was also instrumental in the Final Solution, the plan to exterminate Europe's Jewish population. Based on unproven links between Lidice and one of the assassins, Hitler had the village razed to the ground on June 10. Gestapo troops shot 196 adult men that day. All the women and all but a few children were sent to concentration camps. A short film in Czech retells the story. There are memorial plaques to the inhabitants and documentary displays about the German action and the resulting international outrage. The memorial stands in a park on the site of the village. 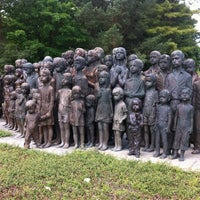 If you have been to Lidice Memorial, share your experience

Top things to do in Prague

Best places to eat in Prague

Must see in Prague