The Macao Maritime Museum, located near the Mage Temple on Mage Street in Macao, was established and opened to the public in 1990 and is a specialized museum focusing on maritime relations.
The Museum currently has around 2,000 objects in its collection. These introduce the boats in which Portuguese came to Macao in the early period, as well as traditional Chinese ships and equipment. Included are also navigation tools used in Macao today. Exhibitions are divided into the fishing industry, Portuguese and Chinese discoveries, technology, and transport. 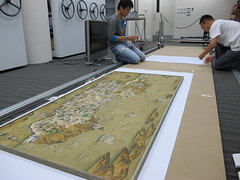 If you have been to Maritime Museum, share your experience