See all Mosques in Kuala Lumpur

Masjid India is the oldest Masjid in Kuala Lumpur.It was built over a century ago by Indian Muslim merchants.The Masjid is a major landmark of Kuala Lumpur.The Masjid has been expanded and renovated several times.About 3,500 Muslims perform the Friday congregational prayer in this three-storey Masjid.The congregation at the Masjid is predominantly of Tamil Muslim origin.The khutbah on Friday is delivered in Tamil.
Those who believe and do good deeds, establish regular Salah, and give regular charity will have their reward with their Rabb. They will have nothing to fear or to regret. [Al-Baqarah:277] 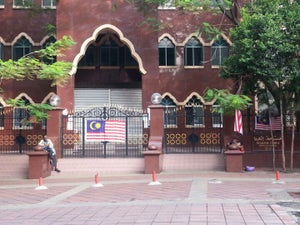 If you have been to Masjid India, share your experience