See all Restaurants in Sao Paulo

Once you have begun exploring São Paulo, you will realize that this city has opened its arms to people from several ethnic origins and made them its own. And one of the proofs of this is restaurant Fuentes. Originating from the early 1960s, the RESTAURANTE FUENTES was started by a Spanish entrepreneur who moved to this city in an attempt to escape the dictatorship in Spain. Since then, this family run establishment has served its guests with some of the most mouth watering Spanish cuisine in the city. All the dishes on their list are prepared on the spot with special care to ensure that every single ingredient used in a preparation is fresh. Moreover the fare is served with lots of love by their very friendly serving staff. If you are a foodie and want to try out something different, a meal at RESTAURANTE FUENTES is sure to satiate your desire. 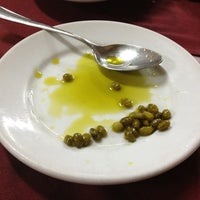 If you have been to RESTAURANTE FUENTES, share your experience