The life-size statues of heroic sisters, Thao Thep Kasattri and Thao Sri Soontorn, stand side by side on this decorated marble plinth located at Tha Rua. Built by local residents, and opened on 23 May 1967, an annual fair commemorates the bravery of these two girls who were instrumental in the defeat of the Burmese in 1785. By disguising hundreds of women in army uniforms and parading them through the town, they tricked the enemy into believing that they were troop reinforcements from Bangkok. This eventually forced the Burmese to withdraw. 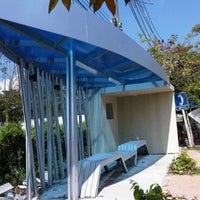 If you have been to Two Heroines Monument, share your experience