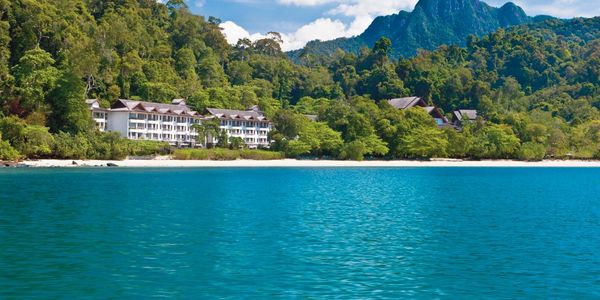 On 05 February 2018
Will Recommend to Others
Dearest TripFactory,
Just wanted to inform you all that I reached back safe after an amazing trip. I had 2 awesome days.. 😊
Starting from the flight - Malindo was very comfortable and both my onward and Return journeys were on time as planned..
It was a very short notice that I gave Prisca but still she managed to arrange everything so perfectly for the limited time I had.
The airport pickup was already ready right on time waiting for me with a sign board and they managed to get me an early checkin to the hotel by 12pm.
The hotel was good except that the hotel doesn’t provide wifi. The only thing I would suggest is hereafter to provide hotels in Chenang near the beach or shopping places. This hotel did not have an in room dining menu. Also it was 1 km from airport and there were no good restaurants nearby to have lunch. I ended up paying RM30 for an Arabian Rice which was quite too much.
The first day - Sunset Cruise was great. Watching the sun set right in front of you with light music and dinner was very peaceful. It was totally worth it enjoying a barbecue dinner in the middle of the sea and which ended with a DJ.
After that, I asked the driver to take me to the nearby Chenang Night Market which was close to the cruise area. I spent around 3 hours there and did some shopping and tried street foods. Later around 12 the shops close and I booked a cab and came back to hotel. The place was actually crowded and it was all safe to roam in the night and take a cab.
The next day breakfast was good in the hotel and then I was dropped in the beach for island hopping. I never expected a private boat to be booked for me. Even if I would have gone myself, I would have never booked it. But it turned out to be the best thing in the trip. I was the only person in the speed boat for 4 hours which usually takes 10-12 ppl. The person explained me and halted in places whenever I wanted in the middle of the sea. No crowd, the feel of the wind in the middle of the sea was too good. We had heavy winds that day, so the waves were big. It was too much of an adventure ride when the wind was blowing too heavy. This ride gave me a quality personal time with nature watching the eagles with the cool breeze around.
After this, I asked the driver to drop me back in Chenang, where I tried some rejuvenating spa which is quite famous here and had a relaxing lunch. I was then picked up after 2 hours and dropped safe in the airport.
The drivers throughout was very courteous and genuinely guided me throughout the trip. I felt really safe all along the trip.
I fell in love with Langkawi. I heard sky bridge and Mangrove Island trip is great there but couldn’t cover due to time constraints. It was one perfect destination to begin with and would certainly want to visit it again one more time and cover the missed ones..
These guys created a whatsapp group and was in touch with me the entire trip.. They also called each day to ensure if everything was okay.. Kudos to the team!! I would surely recommend TripFactory to everyone..
Thanks to you guys for making my first solo trip a fantastic one 👍🏻 I thoroughly enjoyed every moment of it..
I am now inspired to travel more.. 😇
Was this review helpful? Yes / No

Preethkala
0 of 0 people found this review helpful
Share this