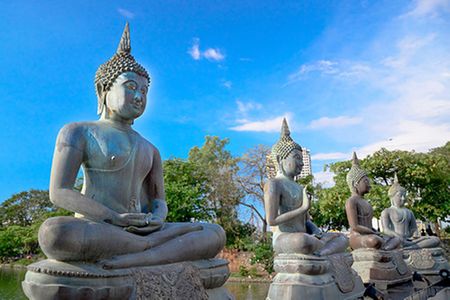 On 19 December 2017
Will Recommend to Others
Team,

Now coming to worst part - The Hotel - Panchi Villa in Bentota. I am really disappointed on how Trip Factory misleaded me by saying it as 4 Star hotel. It was like lodge with swimming pool. How can you guys say it as a 4 star hotel? Dirty bathrooms, Poor service. For breakfast the guy was rude and said he will serve only 1 portion per head for breakfast, whereas its buffet system for breakfast.
I had chosen Wunderbar hotel in Bentota but you guys told last min that Wunderbar is 3 star so better to take Panchi villa which is 4 star. Why did you cheat me by saying Panchi Villa as better one?
Was this review helpful? Yes / No

Mohit
0 of 0 people found this review helpful
Share this